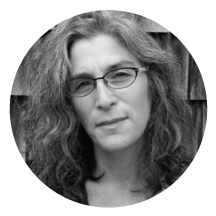 Lori Gruen is the William Griffin Professor of Philosophy and also coordinates Wesleyan Animal Studies.  She is currently chair of the Philosophy Department.

Her work lies at the intersection of ethical theory and ethical practice, with a particular focus on ethical issues that impact those often overlooked in traditional ethical investigations, e.g. women, people of color, non-human animals.

Most of her work is guided by two broad philosophical commitments. First, is the belief that ethics should be aimed primarily at enhancing well-being.  The second philosophical commitment that motivates and is expressed in her work is a commitment to justice, although her interest in justice tends to identify unjust distributions of benefits and burdens in areas that have previously been set to the side by others working on questions of justice. So, for example, she is concerned about the ways in which environmental degradation or advances in biotechnologies or mass incarceration disproportionately impacts poor communities, communities of color, women and children. In addition to the familiar concerns about injustice against certain individuals or communities of people, her work is also centrally concerned with injustice to non-humans.