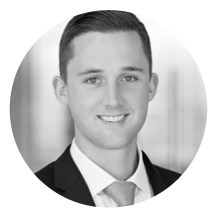 Jake Davis is a Colorado-based staff attorney for the NhRP. Previously, Jake worked in federal court (under the Honorable S. James Otero of the United States District Court for the Central District of California), for the U.S. government (at the United States Attorney’s Office for the Southern District of California), and in private practice (Squire Patton Boggs). He is a volunteer for The Wild Animal Sanctuary (“TWAS”) in Keenesburg, Colorado and an advocate for breed-neutral legislation. He holds a J.D. from Loyola Law School, Los Angeles and a B.A. from Emory University in Atlanta, Georgia. He is proud human to a rescued pitbull dog named Archie.