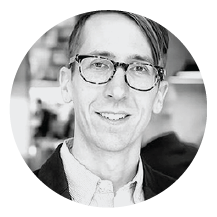 Will Potter is an award-winning journalist, author, and TED Fellow based in Washington, D.C. who focuses on the animal rights and environmental movements, and civil liberties post-9/11.

His reporting and commentary have been featured in the world’s top media outlets, including the Washington Post, NPR, Rolling Stone,  El Pais , and Le Monde. He has testified before the U.S. Congress about his reporting, as the only witness opposing the Animal Enterprise Terrorism Act.

Will has lectured at more than 150 universities and public forums about his work, including Harvard Law School, Georgetown University, and the House of Democracy and Human Rights in Berlin. International speaking tours have included Germany, Austria, Switzerland, New Zealand, and Spain, and he is the international guest lecturer for Australia’s 2014 animal law lecture series. He is also an advisory board member of the Rosenberg Fund for Children.

His reporting has overturned criminal prosecutions, and it has both been praised in Congressional reports and monitored by the Counter-Terrorism Unit. His book,  Green Is The New Red: An Insider’s Account of a Social Movement Under Siege, was awarded a a Kirkus Star for “remarkable merit.”