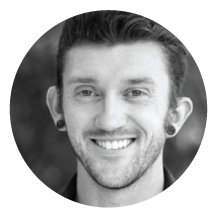 Before coming to ALDF, T.J. worked as an undercover investigator for Mercy for Animals and PETA in 30 states and in many industries in which animals are exploited and abused. In 2011, T.J. helped expose animal cruelty at Sparboe Farms—one of the largest egg farms in the U.S.—while working for Mercy for Animals—as a result, McDonald’s, Target, and other retailers dropped Sparboe as a supplier. One of his most well-known successes brought about the first felony conviction for cruelty to factory farmed birds in the U.S., after an investigation he conducted while working for PETA exposed abusive operations at Avaigen Turkeys in 2008.

T.J. has been interviewed or quoted on ABC, Nightline, 20/20, and numerous podcasts, blogs, and websites, and in 2014 he presented on a panel at the Animal Rights National Conference. After witnessing and documenting horrendous cruelty to animals on factory farms, T.J. brings a particular focus to shining a light on abuses in this industry.