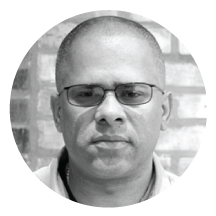 Tio Hardiman represents The Humane Society of the United States by making various appearances around the United States to address the problem of illegal dog fighting. One of America’s foremost experts on dog fighting, Hardiman has personally intervened in dog fights and rescued pit bulls in and around the city of Chicago. He has been interviewed frequently on the subject by the New York Times, Newsday, Baltimore Sun, Chicago Tribune, the Chicago Sun-Times, as well as network television stations throughout the United States.

Growing up in Chicago’s Henry Horner projects and the Avalon Park community, he attended Chicago’s Hisch High School, and went on to earn a degree in liberal arts and a master’s degree in inner city studies from Northeastern University.

In addition to his work with The Humane Society of the United States, Tio worked with The Chicago Alliance for Neighborhood Safety, where he has organized more than 150 block clubs and facilitated problem solving sessions for crime ridden communities and served as lead trainer. He also has worked with Bethel New Life, Chicago Mayor Richard Daley’s CAPS Program, Chicago Police Officials, community residents, elected officials, and clergy members to help reduce crime in Chicago.

In 1999, Tio joined The Chicago Project for Violence Prevention to work with Dr. Gary Slutkin a world-renowned epidemiologist working to reduce the homicide rate in Chicago.  He continues to display a wealth of knowledge regarding his work assignments. The neighborhoods in which Tio works in have experienced 40-60 percent reductions in shootings since the implementation of CeaseFire. Tio predicted in the Chicago Tribune in 2004 that there would be 150 less homicides. In 2004, the number declined by 151.

In 2006, he joined forces with The Humane Society of the United States to help combat dog fighting and change the mindset of people who fight dogs in Chicago.