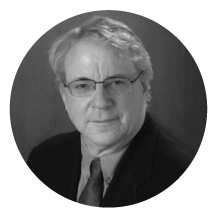 Steven M. Wise has a BS in Chemistry from the College of William and Mary and a J.D. from Boston University Law School. He has practiced animal protection law for 36 years and animal rights law for three years.  He was president of the Animal Legal Defense Fund from 1985 to 1995. He has written four books, including Rattling the Cage – Toward Legal Rights for Animals (2000), Drawing the Line – Science and the Case for Animal Rights (2003), Though the Heavens May Fall – The Landmark Trial That Led to the End of Human Slavery (2005), and  An American Trilogy – Death, Slavery and Dominion on the Banks of the Cape Fear River (2009), as well as numerous law review articles on aspects of animal rights jurisprudence. He has been president of the Nonhuman Rights Project, a civil rights organization working to attain legal rights for nonhuman animals since 1995. The Nonhuman Rights Project began filing a series of cases on behalf of chimpanzees in the courts of New York State in December, 2013, demanding that the courts recognize that chimpanzees are “persons” for the purpose of a common law ands statutory writ of habeas corpus. The Nonhuman Rights Project has had published two law review articles about aspects of its work with three more articles having been accepted for publication. It is working with legal groups in seven countries to have nonhuman animals declared persons in those countries.