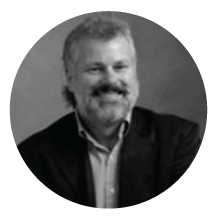 Steve Johansen is a professor of law and director of the Legal Analysis and Writing Program at Lewis & Clark Law School. After receiving his undergraduate degree, Johansen taught in the Oregon public school system while earning his J.D. He was an associate with the Portland firm of Tedesco & Wilson working on labor law issues. Professor Johansen has worked extensively with colleagues at the University of Latvia on developing the first Legal Writing program in Latvia. His book, Juridiska Analize Un Tekstu Rakstisana, the first Legal Writing textbook to be published in Latvia, is now in its third edition. In Spring 2002, he was a visiting professor at University College, Cork, in Ireland. He has served on the Oregon Bench/Bar Commission on Professionalism since 2002. He served on the Board of Directors of the Legal Writing Institute from 1996 until 2008 and served as the Institute’s President from 2002 to 2004. He is also a former Chair of the AALS Section on Legal Writing, Research, and Reasoning. Johansen has published articles on the politics of legal writing, interpreting Oregon statutes, and most recently on the ethical limits of storytelling in the law. In addition to his work in Latvia, Johansen is a frequent participant in international legal skills training, including recent projects in the Czech Republic, Kenya, and the United Kingdom. He was the 2009 recipient of the Thomas F. Blackwell Award.