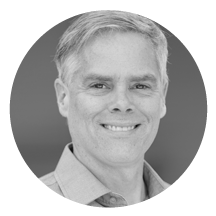 Stephen Wells is the executive director of the Animal Legal Defense Fund. For six years (until 2006), Steve founded and served as the director of ALDF’s successful Animal Law Program, which provides support and resources to ALDF’s law professional and law student members and pro bono opportunities for attorneys and firms to assist ALDF with its mission.

Prior to joining ALDF in 1999, Steve served as the executive director of the Alaska Wildlife Alliance in Anchorage where he became known for his work to protect Alaska’s wildlife, particularly wolves and bears, and its unique wild places. He has committed himself to animal and environmental protection and over the years, in addition to his full-time work, he has continued to volunteer his time for local organizations and projects.

Steve has managed several successful businesses. In his native Chicago, right out of high school he started his own business called “Precise Instrument Repair Co.,” a repair and calibration business for industrial measuring equipment, which he later sold. In Alaska, Steve worked to clean up the 1989 Exxon Valdez spill and was so horrified by what he saw he decided his life path included working for positive change for the environment and wildlife. He was awed by the wilderness and natural beauty of Alaska. His first year there, he lived in a cabin through the winter without running water or electricity. He even missed an interview one day by being trapped by grizzly bear cubs and their mom. He began going to school and volunteering for the Alaska Wildlife Alliance, a nonprofit wilderness protection agency, and was eventually hired there.

After eight months traveling in Africa, Steve returned for a full time position with the Alaska Wildlife Alliance. He threw himself into that with his natural entrepreneurial spirit and leadership abilities. He knows how to run a business and has a background in all aspects of business management, including the nuts and bolts of accounting and eventually became executive director. As executive director, he grew that organization by more than doubling its staff and activism. Steve was a primary leader in the successful ballot initiative banning “same-day airborne wolf hunting” (which allowed the use of airplanes to kill wolves). From this trial-by-fire lesson, Steve learned how to be the lone voice speaking for wildlife at community and state meetings amidst intense opposition. He also ran a successful construction business in Alaska with major contracts.

He left Alaska to start an animal sanctuary in California, but instead went to work for the Animal Legal Defense Fund. Meanwhile, he opened a vegan restaurant called “Sparks” in Guerneville, California which included a highly successful retailing market of packaged goods sold across the Bay Area.

At the Animal Legal Defense Fund, Steve saw an opportunity to expand into law schools and involving attorneys directly–providing additional resources and pro bono connections. He helped stop wild animal trainers in Los Angeles from abusing primates in a landmark lawsuit. He helped to set up a sanctuary for hundreds of animals in the infamous North Carolina Woodley hoarding case. Steve has also raised significant funds to create the ALDF Fellowship program and helps ALDF fund an expanding vision for the Center for Animal Law Studies at Lewis & Clark Law School.

When Steve started, ALDF had no litigation staff–so he created an in-house litigation program which, with the help of his new litigation director, Carter Dillard, allowed ALDF to quadruple its caseload. Steve expanded the Animal Law Program and helped to exponentially expand the student chapters (SALDF) of the Animal Legal Defense Fund. When he started SALDF had 6 chapters. That number is now at 184. There were 12 animal law classes offered in the United States and Canada–and now there are more than 140. Steve’s leadership also led him to create an ALDF pro bono program–and ALDF now has 1.2 million in donated legal services. When Steve began, ALDF’s revenue was at 3.7 million. In 2011, it was at 5.7 million, despite the economic hardships facing the US economy. As the leader at ALDF, Steve has been interviewed by CNN, The New York Times, The Washington Post, and ESPN.

Steve has created a highly efficient, passionate, and talented team at ALDF. As he says, it is his job to create an environment where egos are out the door and everyone works together for one end–to end the exploitation and suffering of animals. And that is just what he has done. He lives in the western woodlands of Sonoma County, California with his dog, Eve and his cat, Ocho.