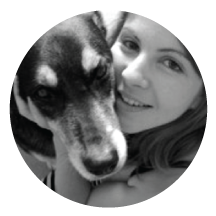 Sophie Gaillard is a fourth year law student at McGill University and president of the school’s SALDF chapter. Sophie clerked at the Toronto-based organization Lawyers for Animal Welfare in 2010, and at the Animal Legal Defence Fund in the summer of 2011. This fall, she will be interning at the Animal Advocacy Department of the Montreal SPCA. Prior to attending law school, Sophie obtained a Master of Science degree from McGill University and was actively involved in a number of local animal rights groups.