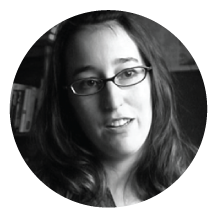 Sarah Baeckler is a primatologist and lawyer with degrees in primate behavior and anthropology, whose research focused on chimpanzee communication and cultures of captive management. After several years of working with captive chimpanzees in zoos and sanctuaries, Sarah worked undercover at a Hollywood animal training compound where she witnessed and reported on institutionalized abuse of chimpanzees by the trainers. She spent five years as the administrator of the Chimpanzee Collaboratory, a joint effort of several nonprofits including Animal Legal Defense Fund, The Jane Goodall Institute, and Save the Chimps. Inspired by the lawsuit that resulted in the rescue of the chimpanzees she met while undercover, she expanded her focus by combining her scientific experience with legal training at Lewis and Clark Law School. As Executive Director of Chimpanzee Sanctuary Northwest Sarah focuses her efforts on advocacy and fundraising.