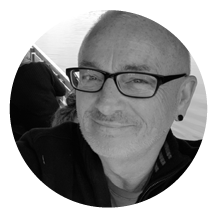 Dr. Rod Bennison has been involved in animal protection issues since the late 1970s, from the sidelines to being deeply immersed in animal protection activism. His work experience has taken him from government department, to party politics, to HIV/AIDS and drug law reform activism, and his active roles in several environmental groups. He was a sessional academic for 13 years and now manages a dedicated and tight knit team of environmental scientists in an engineering and environmental consulting firm based in the Hunter Valley on Australia’s eastern seaboard. He holds fellow/conjoint positions at several universities. Rod has extensive, established networks and friendships with many academics in the field of Animal Studies, and with animal and environmental activists. This has come about from his dedication to animal and environmental protection over the years and especially to his co-convenorship with Dr. Jill Bough of the first Minding Animals Conference held in Newcastle, Australia, in 2009, and his extensive involvement with the follow-up conferences. This is not to forget his participation in many of the myriad partner events associated with Minding Animals. Rod now helps steer Minding Animals International as the chair of the organisation that he founded in 2010 after the Newcastle conference.  He is the co-convenor of the fifth Minding Animals Conference to be held in Sydney in July, 2021, entitled: “Animals and Climate Emergency Conference.”