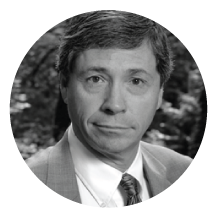 Robert J. Miller is a professor at Lewis & Clark Law School in Portland, Oregon.  He graduated from Lewis & Clark in 1991 and then clerked for the U.S. Court of Appeals for the Ninth Circuit.  He has taught and practiced Indian law since 1993.  He has also been a part-time tribal judge for Northwest tribes since 1995 and is now the Chief Justice of the Court of Appeals for the Grand Ronde Tribe.  Bob has published numerous articles, books, editorials, and book chapters on Indian law issues and has spoken at federal, state, and private conferences in more than thirty states and in England, Canada, and Australia.  In 2003, he was appointed by his tribal council to the Circle of Tribal Advisors, which was part of the National Council of the Lewis & Clark Bicentennial.  His first book, Native America, Discovered and Conquered: Thomas Jefferson, Lewis & Clark, and Manifest Destiny, was published in hardback in 2006 and in paperback in 2008.  Bob has finished the first draft of a book about American Indian economic development and is writing another book with Indigenous scholars from Australia, New Zealand, and Canada.  He is a citizen of the Eastern Shawnee Tribe of Oklahoma and was elected to the board of the Oregon Historical Society in 2009.