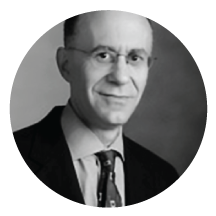 Dean Klonoff’s areas of expertise include class action litigation, civil procedure, and appellate litigation. He is the co-author of a leading casebook on class actions, published by West, and the author of the West Nutshell on class actions, as well as the author of numerous law review articles. He is also the co-author of a leading text on trial advocacy and co-author of a West Nutshell on federal appellate practice. Moreover, he has written numerous articles on class actions and other topics. He has lectured throughout the United States and in numerous foreign countries on class actions and appellate litigation. Dean Klonoff is a member of the United States Judicial Conference Advisory Committee on Civil Rules. He was appointed to the position by Chief Justice John G. Roberts, Jr., and he is the only academic voting member on the committee.  He is also a member of the American Law Institute (ALI) and served as an Associate Reporter for the ALI’s class action project, “Principles of the Law of Aggregate Litigation.” In addition, Dean Klonoff is a Fellow in the American Academy of Appellate Lawyers; is an advisory board consulting editor of Class Action Litigation Report (BNA); and previously served as a Reporter for the 2005 National Conference on Appellate Justice.

After graduating from Yale Law School, Dean Klonoff clerked for the Honorable John R. Brown, Chief Judge of the United States Court of Appeals for the Fifth Circuit. He then served as an Assistant United States Attorney in D.C. and as an Assistant to the Solicitor General of the United States. After his government service, he was a visiting professor at the University of San Diego Law School. He later served for many years as a partner at the international law firm of Jones Day. At Jones Day, Dean Klonoff handled complex litigation at both the trial and appellate levels and also held the administrative post of chair of the pro bono program for all of the firm’s 20+ offices. He received an award from the D.C. Bar for public service, was instrumental in establishing a free walk-in clinic in D.C.’s Shaw neighborhood, and served as a board member for the Washington Lawyers’ Committee for Civil Rights and Urban Affairs and for Bread for the City. While practicing at Jones Day, Dean Klonoff served for many years as an Adjunct Professor of Law at Georgetown University Law Center.

In 2003, Dean Klonoff was selected as the Douglas Stripp/Missouri Endowed Professor of Law at the University of Missouri/Kansas City School of Law. As the holder of this position, Dean Klonoff received two awards for most outstanding teacher and an award for service to the law school community. Dean Klonoff was also selected by the third year class to deliver the 2007 commencement speech. In 2013, Dean Klonoff was awarded the Oregon Consular Corps’ individual award for international engagement.

Dean Klonoff has extensive litigation experience. He has argued eight cases before the United States Supreme Court, including Gentile v. Nevada Bar and Kungys v. United States, and has argued dozens of cases in other federal and state appellate courts throughout the country. He has also tried dozens of cases (primarily jury trials). In addition, he has served as an expert witness on class action issues in numerous federal and state court cases, including the British Petroleum Deepwater Horizon class action settlement.  He has personally represented clients on both the plaintiff and defense side in more than 100 class actions. His pro bono cases have included death penalty, civil rights, and veterans’ rights cases.