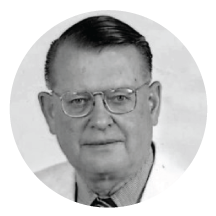 Dr. Robert Goodland, a tropical ecologist, has lived and taught in the Amazon forest. He served as the lead environmental adviser to the World Bank Group for 23 years, during which time he wrote and persuaded the Bank to adopt most of its social and environmental safeguard policies. He was elected president of the International Association of Impact Assessment, and Metropolitan Chair of the Ecological Society of America. The Library of Congress lists 40 of his books and monographs. The World Conservation Union awarded him its first Coolidge Medal for outstanding achievements in environmental conservation.

He led a campaign to get the Bank out of financing industrial livestock, especially those entailing deforestation for ranches or feed. He recently co-authored  with Jeff Anhang the most frequently cited World Watch article (http://www.worldwatch.org/node/6294) — estimating that livestock are responsible for at least half of global greenhouse gas emissions, so a 25% reduction in livestock would be the fastest and cheapest way to meet the minimum target agreed by most national governments.