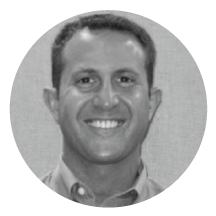 Paul Shapiro is the senior director of Humane Society of the United States’ factory farming campaign. He has spearheaded numerous successful campaigns to improve the plight of farm animals, helping enact both legislative and corporate policies which raise the bar on farm animal welfare. Some of those efforts include ballot measures in states like Arizona and California to ban certain extreme confinement systems.

Mr. Shapiro is also the founder and former campaigns director for Compassion Over Killing, a farm animal advocacy organization based in Washington, DC. While there, he helped lead campaigns such as the successful effort to end the use of the misleading “Animal Care Certified” logo on battery cage egg cartons nationwide. At Compassion Over Killing, Mr. Shapiro worked also as a farm animal cruelty investigator, primarily documenting conditions on egg and broiler factory farms, livestock auctions and slaughter plants.