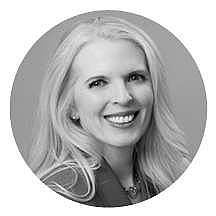 Pamela Frasch is the Brooks McCormick Jr. Scholar of Animal Law and Policy at the Center for Animal Law Studies (CALS) at Lewis & Clark Law School.Previously, Professor Frasch served as General Counsel for the Animal Legal Defense Fund (ALDF). In 1996, Professor Frasch created the ALDF Criminal Justice Program which has since assisted law enforcement and animal advocates in investigating and prosecuting thousands of animal abuse and neglect cases nationwide. Professor Frasch began teaching survey and advanced courses in animal law at Lewis & Clark Law School as an adjunct faculty member in 1998. In 2008, she founded CALS and became the world’s first Dean of Animal Law. She was welcomed by the faculty as a full Professor of Law in February 2020.

Professor Frasch is co-author of the premier American legal casebook in the field, Animal Law: Cases and Materials, now in its sixth edition (Carolina Academic Press, 2019) and used in most animal law courses being taught in the United States. She is also co-author, with Professor Kathy Hessler among others, of Animal Law in a Nutshell now in its second edition (Thomson West, 2014). Professor Frasch is a frequent speaker and guest lecturer on issues of animal law and is the principal author of Oregon’s first felony anti-cruelty law. She has authored or co-authored a number of articles and book chapters in the field, and has been recognized by the Association of American Law Schools, the Humane Society of the United States, and the Oregon Humane Society for her contributions. Prior to focusing her practice on animal law, Professor Frasch specialized in labor and employment law at Littler Mendelson and Hanson, Bridgett, in San Francisco and employee benefits law at Stoel Rives in Portland, Oregon. She is a member of the California and Oregon State Bars.