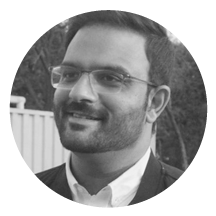 Owais Awan has graduated from Cardiff University in Law and Politics. He is a member of Pro Elephant Network (PREN) and an Advocate High Court based in Islamabad. Owais was the lead counsel for the case before Islamabad High Court on release of Kaavan, the Asian Elephant in Islamabad Zoo. Following which, in the joint project of Four Paws and Free The Wild, he was the consultant for Kaavan’s relocation from the zoo to Cambodia Wildlife Sanctuary and Suzie and Babloo, the Himalayan Bears in Islamabad Zoo to a species appropriate sanctuary in Jordan. In addition, Owais has also co-petitioned along with Pakistan Animal Welfare Society (PAWS) in the Sindh High Court for an independent medical assessment of the four African Elephants Sonu, Malika, Noor Jehan and Madhubala in Karachi Zoo and Safari Park.

Currently, he is consultant for “CDRS Benji Project” working on stray dog population control issue and pet market regulation. He is also assisting a senior Supreme Court Advocate for becoming a party to a petition relating to import of elephants before the Supreme Court of Pakistan.