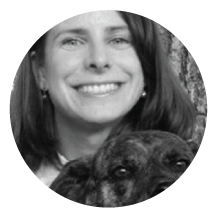 Nicole is a board member at the Animal Legal Defense Fund and Humane Carolina. Nicole worked at Orrick, Herrington & Sutcliffe in San Francisco on white collar defense and securities litigation cases for 7 years. In 2012, Nicole and her family moved to Chapel Hill, North Carolina for her husband’s job. She now contracts with Orrick and a number of animal law non-profits. Nicole has always been passionate about animal protection, becoming vegetarian at 7 years old and vegan at 21. Before her children were born, she and her husband were actively involved in dog and cat rescue, fostering over 300 animals. Nicole was on the Board of Wonder Dog Rescue and co-founded Family Dog Rescue, both in San Francisco. She now helps rehabilitate wildlife.

Nicole has been actively involved in animal protection litigation since law school, handling over a dozen cases. While in law school, she was the co-president of the Northwestern SALDF chapter and wrote a manual on how to establish an animal law clinic. She has been a judge at the Animal Law Moot Court competition and is wrote the problem for the competition in 2013. Nicole has two biological children, Alex and Nathan, and an adopted dog, Dexter.