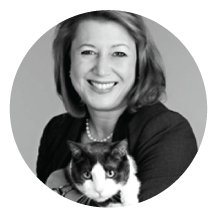 As the head of Government Relations, Nancy Perry oversees the ASPCA’s legislative efforts and policy work at the local, state and federal levels. She has testified in Congressional hearings and helped pass laws on animal crush videos, fur, puppy imports, animal fighting, and horse slaughter and has been a key architect and leader on more than 20 successful state ballot measures. Prior to joining the ASPCA, Nancy served as Vice President of Government Affairs for The Humane Society of the United States (HSUS), where she managed the organization’s state and federal legislative efforts over her 16-year tenure. Nancy received her B.A. from Wellesley College, her M.A. from California State University, Northridge, and her J.D. from Lewis & Clark Law School, where she started the animal law program. She is an Animal Law Review advisory board member and George Washington Law School instructor.