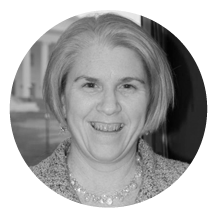 Ms. Welch frequently gives advice to law enforcement authorities and prosecutors all over Virginia, the nation and internationally.   She trains prosecutors, animal control and law enforcement officers on the state of Virginia animal law and testified before a U.S. Congressional Caucus examining the enforcement of animal laws and the cooperation between state and federal partners. She is a frequent speaker at many conferences, including the Virginia Animal Control Association.

In 2015, Ms. Welch was asked by the Greek Police and the Pan-Hellenic Animal Welfare Federation to accompany the LAPD Animal Abuse Unit to Greece, to train the Greek Police force on the link between animal and human violence and how to investigate animal cruelty crimes. Ms. Welch also met with the Greek state public prosecutors regarding the challenges of prosecuting these cases. Ms. Welch returned to Greece in September 2017 to train the Greek police further on animal crime and to conduct prosecutor training regarding family violence and pet abuse. She spoke to over 500 prosecutors and judges on the issue.

In 2016 Ms. Welch spoke before members of the United Kingdom Parliament, at the request of the League Against Cruel Sports. She was the first person to address street level dogfighting in Parliament in over 100 years. She lectured on dogfighting and lessons we have learned in the United States regarding the crime of dogfighting. She also spoke to their judicial advocates regarding sentencing options in the U.K. Criminal System.

Ms. Welch serves as the President of the Virginia Animal Fighting Taskforce. She frequently works with animal organizations, such as the Animal Welfare Institute, HSUS, ALDF and ASPCA. She is a senior faculty member for the Association of Prosecuting Attorneys (APA). She is the Chair of the Animal Law Curriculum Advisory Committee for the APA. She is adjunct faculty for Animal Law at the University of Richmond Law School and William & Mary Law School.

In 2015, HSUS gave her Office, the US Attorney’s Office, USDA, and ABC the Law Enforcement Award for bringing to justice one of the largest cockfighting rings in KY, which had ties to Virginia. Michelle and this dynamic team of Agents and Prosecutors worked for two years on this investigation. In 2014, she was named Prosecutor of the Year by the Association of Prosecuting Attorneys.   In 2013, she was named one of the Top 10 Animal Defenders in the Nation by Animal Legal Defense Fund. She was presented with the Albert Schweitzer Medal for her work on behalf of the animals in 2012 by the Animal Welfare Institute. She has also been awarded VACA’s President’s Award in 2010. She has also received HSUS’s Law Enforcement Award in 2008.