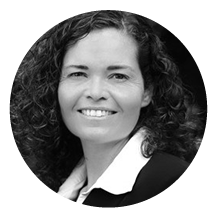 Melissa Powers is a Jeffrey Bain faculty scholar and professor of law at Lewis & Clark Law School in Portland, Oregon. In 2014-2015, Melissa was a Fulbright-Schuman scholar researching Denmark and Spain’s renewable energy laws. Melissa is also the founder and faculty director of the Green Energy Institute at Lewis & Clark Law School, an organization that designs policies to transition to a zero-carbon energy system.

Melissa’s research focuses on energy reform, climate change mitigation, and pollution control. She is a co-author of the books Climate Change and the Law and Principles of Environmental Law, and several articles and book chapters focused on climate and energy law.

Melissa serves on the boards of the Northwest Environmental Defense Center and the Environmental Law Collaborative, and she is a member scholar of the Center for Progressive Reform. She also previously served as a co-chair of the Research Committee and as a Governing Board member of the IUCN Academy of Environmental Law.