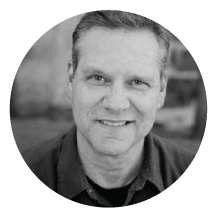 A longtime animal advocate and an award-winning writer, Mark Hawthorne is the author of Striking at the Roots: A Practical Guide to Animal Activism (strikingattheroots.com), which empowers activists to make the most of their skills and time on behalf of animals. Mark has engaged in nearly every model of activism, from leafleting and tabling to protesting and animal rescue. He also works and volunteers with several nonprofit organizations, including the Animal Legal Defense Fund, for which he writes The Animals’ Advocate newsletter; Animal Place, a vegan education center and sanctuary for farmed animals in northern California; and SaveABunny, which works with animal shelters in the San Francisco Bay Area to find permanent homes for rabbits.

Mark is a regular contributor to VegNews magazine, and his articles, book reviews, essays and opinion pieces have also appeared in Satya, Herbivore, Vegan Voice, Hinduism Today and many daily newspapers across the United States. Much of his writing can be viewed online at firstprecept.com.