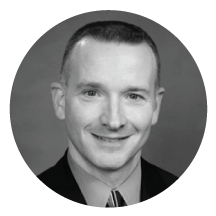 Mark holds a B.S. from the United States Military Academy at West Point, a J.D. with honors from the University of Tulsa College of Law, an LL.M. in Military Law from the Judge Advocate General’s Legal Center and School, and an LL.M. in Environmental and Natural Resources Law from Lewis & Clark Law School.

Mark’s passion for animals and their protection flourished at Lewis & Clark thanks to his association with Professors Pamela Frasch and Kathy Hessler and their Animal Law course. While at Lewis & Clark, Mark spent a semester working on municipal animal code improvements for the Animal Legal Defense Fund (ALDF). He also authored “Ringling Brothers On Trial: Circus Elephants And The Endangered Species Act,” which was published in Animal Law in 2009. This law review article led to Mark being interviewed for a podcast by Professor Henry Mark Holzer, Chairman of the International Society for Animal Rights (ISAR).

Mark now resides in Portland, Oregon where he is the Deputy District Counsel for the Portland District of the U.S. Army Corps of Engineers.