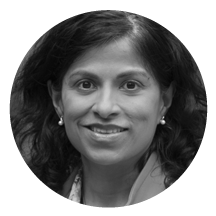 Maneesha Deckha is Professor and Lansdowne Chair in Law at the University of Victoria. Her research interests include critical animal law, feminist animal care theory, postcolonial theory, vulnerability studies, feminist jurisprudence, health law, bioethics, and reproductive law and policy. Her socio-legal scholarship has appeared in Canadian law journals (most recently in the Ottawa Law Review, the McGill Law Journal, and the University of British Columbia Law Review) and American law reviews (most recently in Animal Law and Cardozo Journal of Comparative and International Law). Professor Deckha has also published in leading interdisciplinary venues, including American Quarterly, Hypatia, Sexualities, and Ethics and the Environment, and has contributed to numerous anthologies relating to animal law, critical animal studies, feminism, and health law and policy. Her research has been supported by the Canadian Institutes of Health Research and the Social Sciences and Humanities Research Council of Canada. She also held the Fulbright Visiting Chair in Law and Society at New York University for her work on animals, culture, and legal subjectivity. Professor Deckha is the founding Director of the nascent Animals & Society Research Initiative at the University of Victoria. She has delivered over one hundred papers in Canada and abroad and has served as referee for over 60 law review, socio-legal, and feminist journals in Australia, Canada, the United States and the United Kingdom. Professor Deckha teaches a seminar entitled Animals, Culture, and the Law, which received the U.S. Humane Society’s Animal and Society New Course Award in 2006, as well as core public law courses. She has been a co-recipient of the Faculty’s Terry J. Wuester Teaching Award. Her monograph on creating a new non-exploitative legal status for animals through critical theoretical frameworks is currently under revision at the University of Toronto Press. A new funded project launched this year will explore the impact on the rule of law when governments fail to regulate the agricultural industry with respect to farmed animal welfare. Professor Deckha is a graduate of McGill University, the University of Toronto, and Columbia University and is a non-practising member of the Law Society of Ontario.