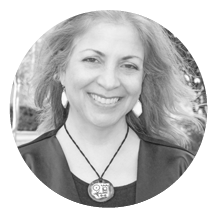 Lori Marino is a neuroscientist and expert in animal behavior, intelligence, and self-awareness who was on the faculty of Emory University for twenty years. She is the founder and President of the Whale Sanctuary Project and Executive Director of The Kimmela Center for Scholarship-based Animal Advocacy. Lori’s scientific work focuses on the evolution of the brain and intelligence in dolphins and whales (as well as primates and farmed animals), and on the effects of captivity on wildlife. She has published over 140 peer-reviewed scientific papers, book chapters, and magazine articles. In 2001 she co-authored a groundbreaking study demonstrating the first conclusive evidence for mirror self-recognition in dolphins.

Lori also works at the intersection of science and animal law and policy, having been an expert witness and advisor for several legal efforts for animal rights and protection, including the Nonhuman Rights Project and the Canadian Senate Bill S203, a bill that passed in 2019 banning the keeping and breeding of dolphins and whales for entertainment in Canada. Lori has appeared in several films and television programs, including the 2013 documentary Blackfish, about orca captivity, Long Gone Wild, the 2019 documentary on marine mammal captivity, and the 2021 film Seaspiracy.