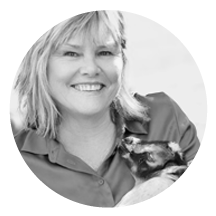 Katherine Meyer is the director of Harvard Law School’s new Animal Law and Policy Clinic that was launched last year. The Clinic has already completed several major projects including a petition for certiorari to the United States Supreme Court concerning the constitutionality of a state Right to Farm Act; an amicus brief in support of a petition for certiorari in support of a challenge to the Administration’s Border Wall between Mexico and the United States; an amicus brief in support of a Freedom of Information Act case that the Supreme Court will hear next week; a petition to the National Institutes of Health to include cephalopods (octopus, squid, cuttlefish) within the definition of “animals” that must be treated humanely when used in federally-funded research, and many more projects involving climate change, plastics in the ocean, and First Amendment issues involved in the labeling of non-meat alternatives. The Clinic has also filed three new federal lawsuits this Semester – including a challenge to the United States Department of Agriculture’s refusal to improve the psychological well-being standards for primates used in laboratory research; a challenge to the USDA’s failure to promulgate standards governing the humane handling of poultry at the slaughterhouse, and a Freedom of Information Act case concerning how inspections of research labs are conducted.

Ms. Meyer was formerly a founding partner of Meyer Glitzenstein & Eubanks, which the Washingtonian Magazine hailed as “the most effective public interest law firm in Washington, D.C.” At the firm she specialized in environmental, animal, open-government, and public health law.