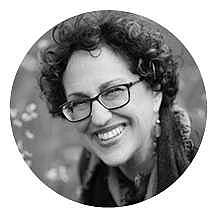 Given her pivotal role in launching the field we now know as animal law, Professor Tischler is affectionately referred to as “the Mother of Animal Law.” She has been a trailblazer in the field of animal law for more than forty years and has dedicated her career to improving the lives of animals through the legal system. She is internationally recognized for her work and speaks across the globe on issues germane to animal protection, including: Australia, Canada, Hong Kong, the UK, Belgium, Mexico, Kenya, Spain, Finland, and China.

In 1979, Professor Tischler founded the Animal Legal Defense Fund (ALDF) – the first nonprofit organization dedicated to protecting animals through the legal system. She served as ALDF’s Executive Director for 25 years, and as its General Counsel until her retirement in the spring of 2019. There, she conceived of and litigated cutting edge cases aimed at protecting the interests of animals. Through intelligence, tenacity and vision, Professor Tischler paved the way through a legal system that routinely ignored the interests of animals. Professor Tischler’s deep experience and shaping of the field of animal law is detailed in her two part article, A Brief History of Animal Law, Part I (1972-1987) and Part II (1985-2011), published in the Stanford Journal of Animal Law and Policy.

In March of 2019, Professor Tischler was honored with the Center for Animal Law Studies’ Lifetime Achievement Award. The Award recognizes achievements in the field of animal law, including the creation, enforcement and skillful litigation of animal protection laws.

A noted author on animal law, Professor Tischler is currently co-authoring a casebook on Industrialized Animal Agriculture Law and Policy. The book, a first-of-its-kind, will provide a comprehensive overview of concentrated animal feed operations (CAFO) and the animal welfare, environmental, worker justice, and other social justice issues impacted by industrialized animal agriculture in the United States and beyond.

Professor Tischler now shares her unparalleled experience as an expert in animal law with students at Lewis & Clark Law School.