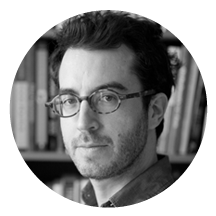 Jonathan Safran Foer is the author of three award-winning and internationally best-selling novels: Everything Is Illuminated, Extremely Loud and Incredibly Close (both Houghton Mifflin) and Here I Am (FSG) as well as two works of nonfiction: Eating Animals and The New American Haggadah (both Little Brown). He won The Guardian Book Prize for his debut novel, was included in Granta’s “Best of Young American Novelists” issue as well as The New Yorker’s “20 under 40” list of the best young writers in the US; and his books are published in over 30 languages. Here I Am was longlisted for the International Dublin Literary Award for 2018. His most recent book, We Are The Weather: Saving the Planet Begins at Breakfast was published by FSG in September 2019.