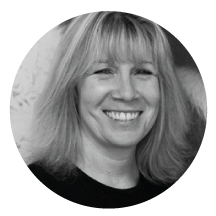 Jill heads Animals Asia’s team of over 300 enthusiastic staff. She divides her time between mainland China, Vietnam and Hong Kong, and travels frequently around the world to give presentations at conferences and speak at fundraising events.

A hands-on leader, she is involved in all major decision-making. She works with the vet and bear teams during rescues and health checks and advises closely on construction projects. She visits dog and cat markets and zoos and safari parks throughout China to document the abuse of animals, and visits hospitals and homes for the elderly with her own and Animals Asia’s animal-therapy dogs.

She writes her own blog, her own speeches and presentations, is a regular contributor to newspapers and magazines and a frequent guest on radio and TV shows. She has also co-written a children’s book about moon bears and co-written a number of scientific papers with Animals Asia’s vet team.

Born in the UK, Jill arrived in Hong Kong in 1985 and spent 12 years working in Asia as a consultant for the International Fund for Animal Welfare. Repeatedly faced with scenes of widespread animal cruelty, Jill decided to introduce the concept of “animal welfare through people welfare” and founded Dr Dog in Hong Kong in 1991 – the first animal-therapy program in Asia.

Jill founded Animals Asia in 1998 – five years after an encounter with a caged bear on a farm in southern China changed her life forever. Learning that bear bile could be replaced by herbs, she vowed to put an end to bear bile farming. Since then, Animals Asia has rescued over 530 bears in China and Vietnam.

In 2010, both Animals Asia’s China and Vietnam rescue centers were awarded the Carole Noon Award for Sanctuary Excellence and in 2014 they were accredited by the Global Federation of Animal Sanctuaries – the only sanctuaries in China and Vietnam to have received this honor.

Jill is a Council Member of the World Federation of Chinese Medicine Societies (WFCMS) Herbal Committee and her outstanding contribution to animal welfare has been recognized with a number of awards. In 1995, she won the “Reader’s Digest” Hero for Today award. In 1998, she was made an MBE by Queen Elizabeth of England. In 2008, she was named “Outstanding Earth Champion” in Hong Kong and was appointed World Animal Day Ambassador for Asia. In 2010, she was one of 12 recognized foreigners given the “You Bring Charm to China” award.

She shares her home in Hong Kong with her family of rescued dogs, cats and a tortoise.