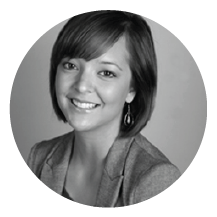 Jessica Johnson is Senior Manager of Grassroots Advocacy for the American Society for the Prevention of Cruelty to Animals. She leads and oversees the ASPCA’s outreach to citizen advocates to garner support for the ASPCA’s legislative and policy efforts—including field and online organizing, presentations, advocacy workshops, lobby days and special events. She works as part of the Government Relations team to mobilize citizen advocates to help the ASPCA secure the strongest possible protections for animals through the passage of humane legislation and regulations. Jessica has been instrumental in organizing over 100 lobby days and grassroots events, helping train thousands of people nationwide in effective citizen advocacy. She has also spearheaded the ASPCA’s involvement in ballot measures to protect animals in North Dakota, Michigan and Missouri.

Before joining the ASPCA, Jessica was the campaign coordinator for an environmental non-profit coalition in Colorado, leading a campaign for city-level regulation of single-use plastic bags. She also provided research and strategic direction to the organization and engaged the community to support the group’s effort to renegotiate a utility franchise agreement to allow for more locally produced solar energy generation.

Jessica is a graduate of Lewis & Clark Law School, where she received a J.D. with a certificate in environmental and natural resources law with an animal law emphasis. Jessica was the Managing Editor and Form and Style Editor of the Animal Law journal, Co-Director of the Student Animal Legal Defense Fund, and a competitor in the National Animal Law Competitions. She also organized and participated in several student grassroots lobbying events, meeting with state legislators and testifying before Oregon House subcommittees on issues ranging from egg-laying hen confinement to the reinstatement of state-sponsored cougar hunting.

Jessica is originally from Minnesota, and graduated from the University of Minnesota, Duluth. She currently resides in Washington, D.C., with her dog Brody.