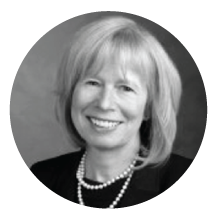 After graduating from law school, Dean Jennifer Johnson clerked for Judge Alfred Goodwin, U.S. Court of Appeals, Ninth Circuit. She was in private practice with a Portland law firm, specializing in real estate finance and land use, before joining the faculty in 1980. Johnson has received both the Leo Levenson and Burlington Northern Foundation awards for excellence in teaching. In 2008, Dean Johnson was named Jeffrey Bain Faculty Scholar in recognition of her exemplary teaching and scholarship in business law; and was installed as the Erskine Wood Sr. Professor of Law in 2011. She became Dean of Lewis & Clark Law School in 2014. Also in 2008, Johnson was elected to the American Law Institute. Johnson is a member of the Oregon State Bar and serves on various bar task forces charged with drafting business legislation. Dean Johnson currently teaches classes in business associations and securities regulation. Her primary research areas are in corporate and securities law and her recent scholarship focuses on private placements and retail investors.