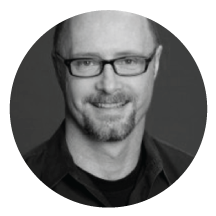 Whether the shots come from an entire industry or a single corporation, PETA is constantly under attack from animal-exploiting adversaries that are well funded and that will resort to any means necessary to stop our steady progress.

Jeff stands as PETA’s “shield” against these attacks, ensuring that our vital work is not compromised and that our activities are in compliance with the law. As the PETA Foundation’s Vice President of Corporate Affairs, Jeff is involved in all corporate matters, including contracts and PETA’s cruelty investigations. As General Counsel, he is involved in litigation oversight, involving each of the PETA affiliates around the world.

Jeff has participated in several high-profile legal battles, including one before the U.S. Supreme Court, to protect PETA’s ability to expose and end animal abuse and suffering, and a recent case in which the jury ruled in PETA’s favor after a lawsuit claiming malicious use of process was filed by Howard Baker, a cruel veterinarian who was caught on tape punching and choking cats and dogs.

Jeff has represented PETA before Congress in both written and oral testimony. And his letters and comments on matters related to PETA’s animal protection efforts, especially on the animal rights struggle in the historical context, an area of his interest, have appeared numerous times in print and television media across the country.

“I can’t wait to get to work every day. I’m so incredibly grateful for the chance to use the law to fight for animals’ right to be free from exploitation and cruelty, but I’m also mindful of the awesome responsibility I carry to make sure I do the best job possible to protect PETA’s ability to fight for animal rights.”