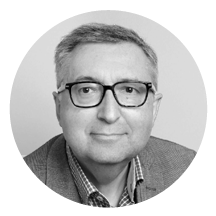 Jean-Marc Neumann is a French lawyer, lecturer and consultant in animal law who graduated from the Universities of Strasbourg and Lille. For many years he has been actively promoting animal law in France and Europe as a new academic field.

He co-initiated the launch of the animal law program at the University of Strasbourg during the academic year 2015-2016 and teaches several of its courses. This is the first program of its kind offered in a French University. He has also served as vice chairman, trustee and scientific board member of the LFDA (La Fondation Droit Animal Ethique et Sciences), a multidisciplinary group of lawyers, scientists and philosophers working to improve the status of animals. In 1978 LFDA also initiated the « Universal Declaration of Animal Rights » (which was read and approved at the Unesco).

In 2013 Jean-Marc initiated the launch of EGALS (Educational Group for Animal Law Studies), a collaborative partnership aimed to increase the interest of the European legal community in animal law and to encourage and facilitate the emergence of animal law studies in European universities as well as research in this area. He is also a member of the steering committee of the Global Animal Law Project and a member of the Global Animal Law Consortium.

In addition, Jean-Marc is the founder and editor of the website “Animal et Droit” (Animal and the Law) which has been a resource of information on animal law since 2011.

Jean-Marc is the founder & president of his newly created consultancy firm TELAS Conseil, which provides advice on animal rights and animal welfare strategy, policies and legislation to NGOs and politicians working on improving the status of animals in society.

As author and co-author, he has also written numerous articles on animal law for legal journals/reviews and for the French national newspaper “France-Soir.”