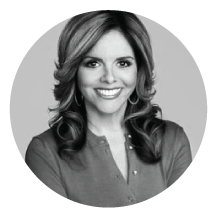 Jane Velez-Mitchell is an award-winning television journalist, a bestselling author, and the host of her own show on HLN, Jane Velez-Mitchell, which airs weeknights at 7 P.M. EST. She is frequently in the media as an expert commentator on high-profile court cases, appearing on CNN, HLN, omg! Insider, TRU TV, E!, Dr. Phil and other national television programs. She has also served as a guest host for Nancy Grace on her HLN show. In 2010, her HLN show garnered a Genesis Award from the Humane Society of the United States, her third. Velez-Mitchell has won two others for Celebrity Justice, as well as a Los Angeles Emmy Award and a New York Emmy Award. In 2010, she was awarded the Ruby Award by Soroptimist International for her coverage of missing women and children. Velez-Mitchell has covered the biggest trials of the last two decades, from the O.J. Simpson trial to the George Zimmerman trial. She was in the courtroom daily for the Michael Jackson child molestation trial and reported live from outside the Orlando, Florida courthouse as Casey Anthony was found not guilty of murder. Velez-Mitchell also was at court in Phoenix for the riveting climax of the Jodi Arias trial as she was found guilty of premeditated murder. She will return to Phoenix for the Jodi Arias penalty phase re-trial as a new set of jurors decide if she will live or be put to death by lethal injection.