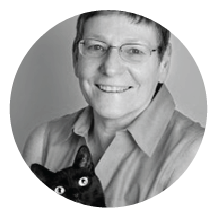 Jane Hoffman helped found the Mayor’s Alliance for NYC’s Animals (the Alliance) in 2002 and has served as president ever since. The Alliance was created to work with the City of New York to apply creative, targeted solutions to NYC’s homeless animal crisis. Working pursuant to a 10-Year Strategic Plan (2005-2014), and with 150+ rescue groups and shelters that now participate in the Alliance (ranging from the ASCPA, a founding member, to small neighborhood-based rescue groups), the Alliance has succeeded in reducing euthanasia at our shelters.

Hoffman is an attorney, formerly with the Wall Street firm Simpson Thacher and Bartlett, and was in private practice specializing in taxation, executive compensation and estate planning. She was also a senior consultant at Handy Associates, a management consulting firm, working on mergers and acquisitions.

In addition to her commitment to the Alliance, Hoffman also is a Founding Member and former Secretary and Chair of the New York City Bar Association’s Animal Law Committee, the first of its kind in the United States.

In August of 2007, Hoffman received the inaugural Excellence in the Advancement of Animal Law Award from the American Bar Association (ABA) TIPS section at the ABA Annual Conference held in San Francisco.

Hoffman continues to speak around the country on the public/private partnership as a replicable model for bringing together animal welfare groups to develop creative solutions to companion animal overpopulation and animal control issues.

She is particularly proud of three major Alliance Initiatives: the Mayor’s Alliance Veterinary Fund, which pays for shelter and rescue group animal health care so that they needn’t be euthanized due to treatable injuries or illnesses, the Wheels of Hope Transport Program, which runs 5 custom cargo vans seven days a week, addresses a need identified by the Alliance’s 10 Year Strategic Plan to get animals out of crowded city shelters quickly and safely, and the Feral Cat Initiative, which promotes “trap, neuter and return” as the only efficient and humane way to control the outdoor community cat population.

A native New Yorker, she has a J.D. from Brooklyn Law School, an M.L.S. from Long Island University and a B.A. from Boston College.