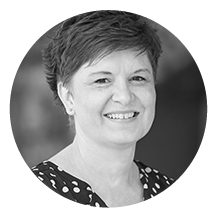 Jamie Contreras graduated from Lewis and Clark Law School in 2002, where she was a member of the Animal Law Review and received a certificate in Environmental Law. After graduation, she spent two years clerking for Judge Virginia Linder on the Oregon Court of Appeals. She then moved to the Oregon Department of Justice, where she worked for nearly 15 years, primarily in the Appellate Division. In her work at DOJ, she took a particular interest in criminal animal law cases and successfully represented the State of Oregon in two groundbreaking animal law cases before the Oregon Supreme Court —State v. Nix, where the court recognized animals as the victims of the crime of animal neglect, and State v. Newcomb, where the court recognized that the owner of a dog seized on suspicion of neglect had no protected privacy interest in the dog’s blood. In December 2019, she followed her passion for protecting animals and joined the Animal Legal Defense Fund as a senior staff attorney for the Criminal Justice Program.

She shares her home with her husband and their family of six rescued animals: a pit bull who sleeps under the covers, two cats, and three parrots.