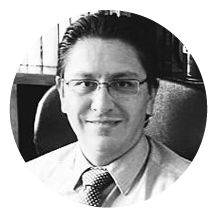 Hugo Echeverria is an Attorney at Law and Doctor of Jurisprudence granted by Pontificia Universidad Católica de Quito, Ecuador. Master of Laws (LLM) granted by McGill University in Montreal – Quebec, Canada. Alumni of the Chevening Fellowship Program, directed by The Foreign and Commonwealth Office, on Environmental Governance at Wolverhampton University – United Kingdom.

Echeverria has worked in environmental law since 2001, with an emphasis on biodiversity conservation, the environmental rule of law, and the Rights of Nature, areas in which he practices as an attorney and a consultant.

He also lectures on environmental law in Ecuador, at undergraduate and graduate levels. Between 2014 and 2017, he coordinated the minor on Environmental Law at the Faculty of Law of Universidad San Francisco de Quito, where he currently lectures in Environmental Law. He has written books as well as essays and articles on environmental law for national and international publications. His book on environmental due process, Tutela judicial efectiva en material ambiental, is the first in Ecuador examining the issue from a constitutional perspective. He is the author of the first Amicus Curiae submitted at the National Court of Justice, in a case regarding wildlife crime, as well as an Amicus Curiae submitted at the Constitutional Court of Ecuador, in the first case selected by the Court to issue binding jurisprudence on Rights of Nature.

He lived in the Galapagos Islands for five years, where he worked on marine and coastal legal issues from the perspective of world natural heritage sites, Rights of Nature, and access to justice.