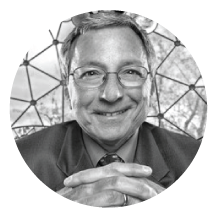 Dr. Ascione is Professor and American Humane Endowed Chair at the University of Denver (DU) Graduate School of Social Work. He is also Executive Director of the School’s Institute for Human-Animal Connection. Dr. Ascione received his bachelor’s degree in psychology from Georgetown University in 1969 and his doctoral degree in developmental psychology from the University of North Carolina at Chapel Hill in 1973. Dr. Ascione has published numerous articles on the development of antisocial and prosocial behavior in children, co-edited two books Cruelty to Animals and Interpersonal Violence: Readings in Research and Application (1998), Child Abuse, Domestic Violence, and Animal Abuse: Linking the Circles of Compassion for Prevention and Intervention (1998), both published by Purdue University Press, and authored Safe Havens for Pets: Guidelines for Programs Sheltering Pets for Women who are Battered. In the fall of 2001, the U.S. Office of Juvenile Justice and Delinquency Prevention published Ascione’s review of animal abuse and youth violence as a Research Bulletin. Children and Animals: Exploring the Roots of Kindness and Cruelty is Dr. Ascione’s latest book and was published in 2005 by Purdue University Press (the book has been translated into Japanese and Italian editions). The International Handbook of Animal Abuse and Cruelty: Theory, Research, and Application, edited by Dr. Ascione was published in May 2008.  Development of this handbook was sponsored by the Scott Charitable Trust. Dr. Ascione was selected to receive the 2001 Distinguished Scholar Award from the International Association of Human-Animal Interaction Organizations and the International Society for Anthrozoology and, in 2002, was selected as USU’s College of Education Scholar/Researcher of the Year. He serves on the editorial boards of AnthrozoÃ¶s, and Aggression and Violent Behavior and is an adjunct faculty member with the American Humane Association.

Dr. Ascione has conducted research related to humane education and children’s attitudes toward animals. More recently, he has focused his attention on child and adolescent animal abuse. This research examines the common roots of violence toward people and animals and is directed at identifying an early indicator of at-risk status in children. An invited speaker at local, national, and international conferences (including conferences in Tel Aviv, Geneva, Dublin, Prague, Florence, Rome, Brussels, Gothenburg, Cambridge, Oxford, Toronto, Vancouver (BC), London (Ontario), Rio de Janeiro, Kobe, Tokyo, Osaka, Sendai, Kumamoto, Kanazawa, Gifu, Miyazaki, Hiroshima, Kagawa, ,Amsterdam, the Hague, Utrecht, Haarlem, Sydney, Melbourne, Brisbane, Darwin, Mackay, Adelaide, Auckland, Glasgow, Regensburg, and Santorini (Greece)], Dr. Ascione has collaborated with human services, social work, and child development staff working with abused children, with youth corrections personnel, and with state shelters for women who are battered. His work has been supported by the Humane Society of the United States, the Massachusetts Society for the Prevention of Cruelty to Animals, the American Society for Prevention of Cruelty to Animals, the American Humane Association, the Scott Charitable Trust, and the Geraldine R. Dodge Foundation. Dr. Ascione has provided information or testimony for the state legislatures of Utah, Ohio, Colorado, Tennessee, and Washington, regarding cruelty to animals legislation. He has appeared on CNN’s “Live from the Headlines”, the Oprah Winfrey Show, had his research cited in the NY Times, USA Today, and Oprah Winfrey’s magazine, O  (June 2008),   and has been a guest on numerous local, national, and international TV and radio programs.

A member of the American Psychological Association and the Society for Research in Child Development, Dr. Ascione served on the Scientific Advisory Council of the Humane Society of the United States and serves on the Child and Animal Abuse Prevention Advisory Council of the Latham Foundation. He is past president of the Southwestern Society for Research in Human Development and is a member of the cadre of experts for The American Psychological Association’s Presidential Task Force on Violence and the Family.

Born and raised in New York City, Frank and his wife Deborah have three adult children, Matthew, Catherine (Santangelo), and David and two grandsons, Calvin and Luca, and reside in Denver, Colorado and Logan, Utah.