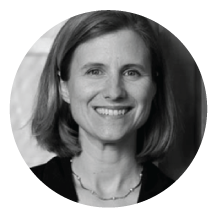 Mary Elizabeth Magill was appointed the Richard E. Lang Professor of Law and Dean of Stanford Law School on September 1, 2012. She is the law school’s 13th dean. Before coming to Stanford she was on the faculty at the University of Virginia School of Law for 15 years, serving most recently as vice dean, the Joseph Weintraub–Bank of America Distinguished Professor of Law, and the Elizabeth D. and Richard A. Merrill Professor.

An expert in administrative law and constitutional structure, Dean Magill teaches administrative law, constitutional law, and food and drug law. Her scholarly articles have been published in leading law reviews, and she has won several awards for her scholarly contributions. She is a member of the American Law Institute, and served as a fellow in the Program in Law and Public Affairs at Princeton University, a visiting professor at Harvard Law School, and the Thomas Jefferson Visiting Fellow at Downing College, Cambridge University.

After completing her BA in history at Yale University in 1988, Dean Magill served as a senior legislative assistant for energy and natural resources for U.S. Senator Kent Conrad, a position she held for four years. She left the Hill to attend the University of Virginia School of Law, where she was articles development editor of the Virginia Law Review and received several awards for academic and scholarly achievement. After graduating in 1995, Dean Magill clerked for Judge J. Harvie Wilkinson III of the U.S. Court of Appeals for the Fourth Circuit and then for U.S. Supreme Court Justice Ruth Bader Ginsburg.