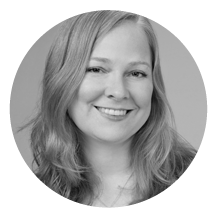 As Assistant Clinical Professor and Clinic Director, Delcianna J. Winders leads the newly formed Animal Law Litigation Clinic at Lewis & Clark Law School, the first and only clinic in the U.S. focused specifically on animal law litigation and on farmed animals. The clinic will advocate for farmed animals through cutting-edge lawsuits to establish and expand legal protections and legal rights for farmed animals.

Winders previously served as Vice President and Deputy General Counsel for the PETA Foundation, where she oversaw a team of a dozen lawyers, veterinarians, scientists, and support staff working to further legal protections for captive wildlife through litigation, legislation, and work with administrative and law enforcement agencies. PETA pushes for fundamental rights for animals and brought the first-ever constitutional claim on behalf of animals in the U.S. when it sued SeaWorld for holding wild-caught orcas as slaves in violation of the 13th Amendment, as well as the first-ever case asking a court to declare an animal the owner of intellectual property rather than an owned piece of property himself when it brought suit on behalf of Naruto, the macaque who took the famous “monkey selfie.”

Winders also worked as the Director of Legal Campaigns for Farm Sanctuary, the nation’s leading farm animal advocacy organization, and as an associate at Meyer Glitzenstein & Crystal (since renamed Meyer Glitzenstein & Eubanks), which Washingtonian magazine named the “most effective public-interest law firm in Washington, D.C.” Prior to that, she served as law clerk for the Honorable Martha Craig Daughtrey of the U.S. Court of Appeals for the Sixth Circuit. Winders is a graduate of the New York University School of Law, where she was senior notes editor of the New York University Law Review, awarded the Vanderbilt Medal for outstanding contributions to the law school, named as a Robert McKay Scholar, and persuaded the school to add an animal law course.

In addition to her advocacy work Winders is a leading animal law scholar, with articles published by numerous top-ranked law review journals and op-eds published in a host of national news outlets. She currently teaches Animal Welfare Law at Vermont Law School, was a 2018 Haub Visiting Scholar at the Elisabeth Haub School of Law at Pace University, and was the first-ever academic fellow in Harvard’s Animal Law & Policy Program. She has also taught at Tulane University School of Law and Loyola University New Orleans College of Law. Winders has also been interviewed by numerous major news outlets, gives frequent presentations, and was featured in O, The Oprah Magazine as one of “Six Women Who Dare.”