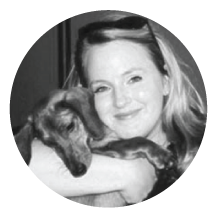 Debra Durham, Ph.D., is a senior research scientist with the Physicians Committee for Responsible Medicine (PCRM), a nationwide organization of physicians and laypersons that promotes preventive medicine, conducts clinical research, and encourages higher standards for ethics and effectiveness in research.

As senior research scientist, much of the research that Dr. Durham, a primatologist and ethologist, is currently conducting involves understanding how trauma has affected chimpanzees who have survived captivity in laboratories.

Dr. Durham’s work has direct implications for PCRM’s mission to replace the use of animals in medical research. In addition to her study of chimpanzee trauma, Dr. Durham also uses her expertise and passion for primates to engage the scientific community, policymakers, and the general public on animal welfare and ethics issues.

During her laboratory work, Dr. Durham was so disturbed by the suffering she witnessed—particularly the trauma experienced by infants who are separated from their mothers shortly after birth—that she decided to study the behavior and biology of primates in their natural habitats instead.