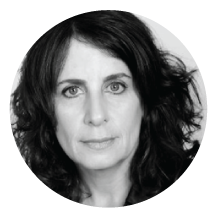 Deborah Knaan has been a Deputy District Attorney since 1996.  Her assignments have included prosecuting hardcore gang crimes and felony sexual assaults and child molestation.

In 2004 Ms. Knaan was appointed by the Mayor of Los Angeles to the Los Angeles City Board of Commissioners for the Los Angeles Department of Animal Services.  As a commissioner, Ms. Knnan was responsible for overseeing, and setting policy for the Department, which operates seven animal shelters.

In 2007 Ms. Knaan returned to the District Attorney’s Office to become the Office’s first Animal Cruelty Case Coordinator.  As the Animal Cruelty Case Coordinator Ms. Knaan oversees the prosecution of all animal cruelty cases within the County of Los Angeles.  Ms. Knaan also trains prosecutors and animal control and law enforcement agencies on how to investigate, file, and prosecute cases of cruelty and neglect.  Ms. Knaan has been responsible for creating a dog fighting tip line, a court-ordered program for those convicted of animal neglect, and a public awareness campaign that warns of the dangers (and illegality) of leaving animals in hot vehicles.