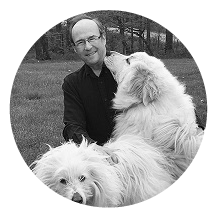 David Favre is a professor of law at Michigan State University College of Law. Over the past thirty years Professor Favre has written several articles and books dealing with animal issues including such topics as animal cruelty, wildlife law, the use of animals for scientific research, respectful use of animals and international control of animal trade. His books include the case book Animal Law: Welfare, Interest, and Rights (2nd ed.), Animal Law and Dog Behavior and International Trade in Endangered Species. He introduced the concept of “Living Property” which was developed in a number of law review articles over the past decade. He also has presented to international audiences on a wide assortment of topics. He created and is editor-in-chief of the largest animal legal web resource, www.animallaw.info. Now residing on a farm in lower Michigan, Professor Favre shares his space with sheep, chickens and the usual assortment of dogs and cats.

He was a founding officer of the Animal Legal Defense Fund for 22 years, serving as President of the Board for the last two years. Presently he is the a Vice Chair of the American Bar Asso./TIPS Committee on Animal Law and in 2012 was chair of the AALS Animal Law Committee.