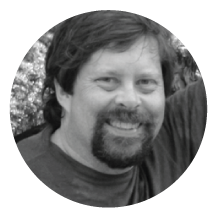 Dave Becker has been a staff attorney with the Oregon Natural Desert Association (ONDA) since January 2008, focusing on endangered species and wilderness protection, livestock grazing, and public lands energy development issues.  He earned an LL.M. summa cum laude from the Northwestern School of Law of Lewis & Clark College in 2006, becoming the first LL.M. student inducted into the Cornelius Honor Society and sharing the Bernard O’Rourke Award for his article on the upcoming removal of Condit Dam and the restoration of the White Salmon River.  During his year at Lewis & Clark, Dave worked with ONDA on an appeal of two district court cases involving grazing in the Malheur National Forest, successfully arguing ONDA’s case before the Ninth Circuit Court of Appeals.  He resumes work on behalf of Oregon’s high desert after a year in Utah as staff attorney for Western Resource Advocates.

Dave grew up exploring the forests and gorges of Western New York and received his J.D. summa cum laude from Cornell Law School in 1999.  While at Cornell he served on the Board of Directors of the Finger Lakes Land Trust and volunteered with a variety of local non-profit groups.  Dave has clerked for federal judges on the Second Circuit Court of Appeals and in the District of Oregon, and, before moving west, he practiced environmental law for five years in the private sector with Sidley & Austin and Latham & Watkins.  He has published articles on the Roadless Rule and other administrative law topics, tribal reserved water rights, and the pedagogic history of natural resources law.  Dave also holds an M.B.A. from the Kellogg School of Management at Northwestern University, an M.A. in international relations from the Australian National University, and an A.B. in international affairs from the Woodrow Wilson School at Princeton University.