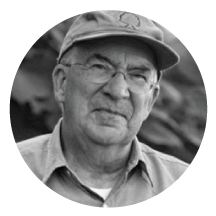 Daniel Simberloff is the Nancy Gore Hunger Professor of Environmental Studies at the University of Tennessee.  He received his A.B. (1964) and Ph.D. (1968) from Harvard University and was a faculty member at Florida State University from 1968 through 1997, when he joined the Department of Ecology and Evolutionary Biology at the University of Tennessee.  His publications number ca. 500 and center on ecology, biogeography, evolution, and conservation biology; much of his research focuses on causes, consequences, and management of biological invasions.  His research projects are on insects, plants, fungi, birds, and mammals.  At the University of Tennessee he directs the Institute for Biological Invasions.  He is editor-in-chief of Biological Invasions, edtior of the Encyclopedia of Biological Invasions, associate editor of the Annual Review of Ecology, Evolution, and Systematics, and serves on the editorial boards of several other journals.  He served on the United States National Science Board 2000-2006, and in he was named Eminent Ecologist by the Ecological Society of America.