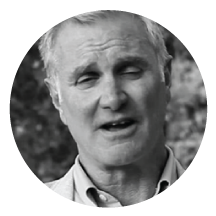 Daniel Dombrowski is the author of sixteen scholarly books, several of which deal with the topic of animal rights.  The Philosophy of Vegetarianism (Amherst: University of Massachusetts Press, 1984) could more appropriately be titled “Ancient Philosophical Vegetarianism” in that it deals with ancient Greek philosophy and the status of nonhuman animals.  Hartshorne and the Metaphysics of Animal Rights (Albany: State University of New York Press, 1988) argues for animal rights in the context of process or neoclassical philosophy of religion.  Babies and Beasts: The Argument from Marginal Cases (Chicago: University of Illinois Press, 1997) deals with the issue of moral patiency status as it relates to both nonhuman animals and nonrational human beings.  About one-third of another book deals with animal rights: Not Even a Sparrow Falls: The Philosophy of Stephen R.L. Clark (East Lansing: Michigan State University Press, 2000).  The stance in philosophy of religion that underlies much of his work in animal rights is detailed in Rethinking the Ontological Argument: A Neoclassical Theistic Response (New York: Cambridge University Press, 2006).  Recent articles on the topic of animal rights include: “Is the Argument from Marginal Cases Obtuse?,” Journal of Applied Philosophy 23 (2006): 223-232; and “Whitehead and Nonhuman Animal Rights,” in Michel Weber, ed., Handbook of Whiteheadian Process Thought (Frankfurt: Ontos Verlag, 2008).  His latest book is Contemporary Athletics and Ancient Greek Ideals (Chicago: University of Chicago Press, 2009).