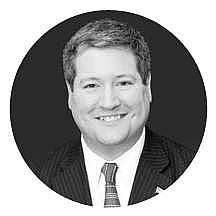 Assemblyman Dan Benson represents New Jersey’s 14th district in the New Jersey Legislature. He has directly sponsored or strongly supported myriad animal protection bills throughout his career, spanning topics from humane law enforcement, puppy mills, circus animal cruelty, to marine animal welfare and many other initiatives to make the state a better place for animals. Thanks to the leadership of Assemblyman Benson and the respect he garners on both sides of the aisle, New Jersey has been first in the nation on significant animal protection legislation, such as “Nosey’s Law”, a comprehensive ban on wild animals in traveling shows and circuses. He has been recognized by numerous animal protection organizations and advocates over the years as a champion for animals. In the current 2022-2023 legislative session, he is the prime sponsor in the Assembly on a bipartisan bill to ban cruel wildlife killing contests and has signed on to co-sponsor all the priority initiatives of the Animal Legal Defense Fund, including but not limited to the Courtroom Animal Advocate Program bill and the pre-conviction cost of animal care bill.