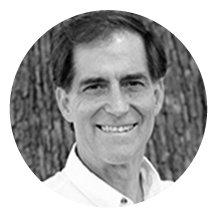 Dan Ashe is the president and chief executive officer of the Association of Zoos and Aquariums (AZA), which includes more than 230 aquariums, zoos, science centers, and more than 6,000 individual members. With his team of staff members and over 400 committee member volunteers, Dan is charged with advancing AZA’s vision, mission, and strategic priorities.

A lifelong animal conservationist, Dan joined AZA in January 2017 after serving as the director of the U.S. Fish and Wildlife Service for nearly six years, successfully leading the agency, and its thousands of employees, during a period of significant challenges. Following a 13-year career as a professional staff member of the former Committee on Merchant Marine and Fisheries in the U.S. House of Representatives, Dan held positions of increasing responsibility at the Service. They include assistant director for external affairs, chief of the National Wildlife Refuge System, science advisor to the director and deputy director.

Dan earned a bachelor’s degree in biological science from Florida State University and a graduate degree in marine affairs from the University of Washington, where he studied under a fellowship from the Jessie Smith Noyes Foundation. His master’s thesis, on estuarine wetland mitigation, was published in the Coastal Zone Management Journal in 1982.