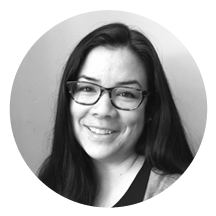 Caitlin Hawks is the director of litigation for the People for the Ethical Treatment of Animals (PETA) Foundation, where she oversees the organization’s efforts to help animals via court cases. Her accomplishments include securing the release of Joe, a chimpanzee who once lived in solitary confinement at a roadside zoo but who now thrives among many friends of his own species at a lush sanctuary. She’s currently working on an appeal under the Endangered Species Act in the Eleventh Circuit, which seeks to remedy the Miami Seaquarium’s illegal harm and harassment of the lone orca Lolita.

Before coming to the PETA Foundation, Hawks practiced complex commercial and intellectual property litigation with the Seattle law firm of Savitt Bruce & Willey LLP as well as in the Los Angeles office of Milbank, Tweed, Hadley & McCloy LLP, where she also handled numerous pro bono cases for national and local animal rights charities. She received her law degree from the University of California-Los Angeles, is a member of the Asian Pacific American Bar Association, and has been a PETA supporter since she was 11 years old.