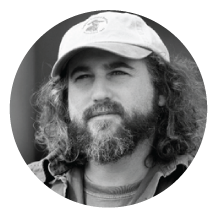 Bob Sallinger has worked for Audubon since 1992 and previously served as the Society’s Wildlife Care Center Director and Urban Conservation Director. His current responsibilities include managing the Audubon Statewide Important Bird Area in Oregon, recovery of imperiled species, and promoting wildlife conservation in the Portland Metropolitan Region. He has a particular interest in anthropogenic impacts on wildlife and promoting wildlife stewardship in urban ecosystems. His work in this area is informed by his experience overseeing the rehabilitation of more than 40,000 injured wild animals and responding to more than 200,000 wildlife related phone calls.

In 2001, Bob developed Audubon’s “Living with urban Wildlife” program to proactively promote wildlife stewardship on the urban landscape. A highlight of Bob’s career with Audubon has been his work managing Audubon’s Peregrine Project which has combined educational outreach, management, captive rearing and release, and citizen science to promote peregrine falcon recovery in the Portland Metropolitan Region. Today Portland area peregrine eyries comprise 5% of the known peregrine nesting population in Oregon and the Audubon Program has been recognized with awards for the US Fish and Wildlife Service and the Oregon Chapter of the Wildlife Society.

Bob’s passion for conservation was developed early exploring the woods of Massachusetts and later on solo hikes from Mexico to Canada on the Pacific Crest Trail and from Canada to New Mexico on the Continental Divide. Bob has a B.A. in Biology from Reed College and a J.D. from Lewis and Clark Law School. He currently serves on the Board of Directors for the Coalition for a Livable Future and the East Multnomah County Soil and Water Conservation District.